What if a chemical changes the way an animal parents?

That could happen due to endocrine disruptors like bisphenol A (BPA).

A recent study of California mice exposed to BPA showed parents spend less time feeding, grooming and interacting with their babies, according to University of Missouri research. Even mother mice not exposed to the chemical parented differently if their male partner was exposed during development.

Most studies only use laboratory mice and rats — where the mother is the sole parental provider — so how early contact to BPA may affect the father and his partner remained a critical gap in existing research. 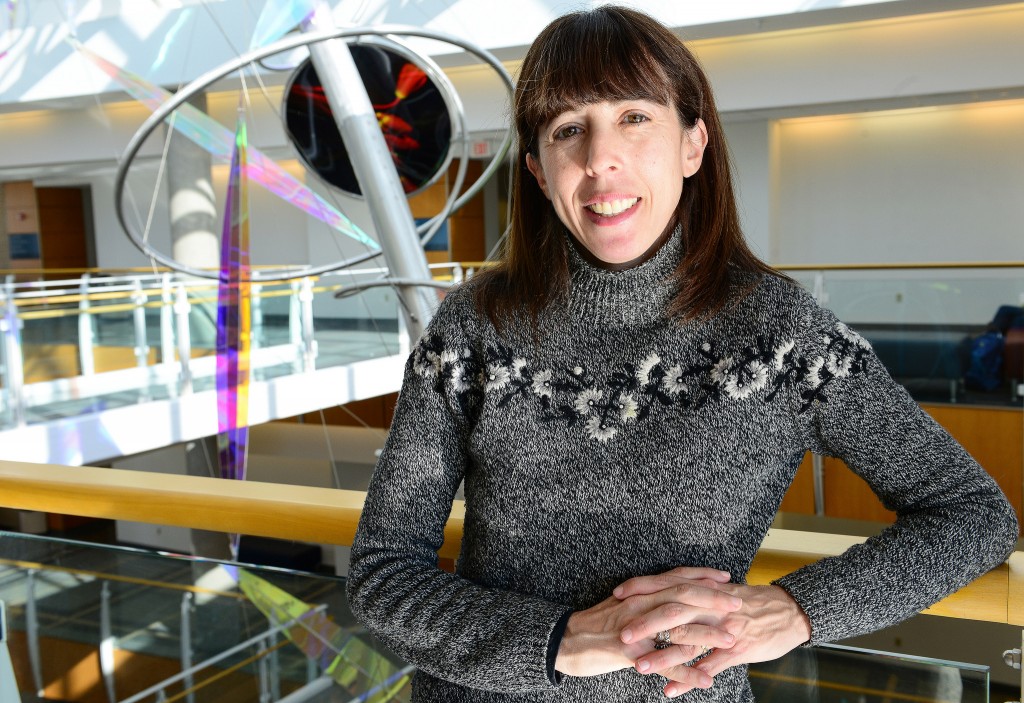 “The nature and extent of care received by an infant is important because it can affect social, emotional and cognitive development,” said Cheryl Rosenfeld, a researcher in MU’s Bond Life Sciences Center and associate professor of biomedical sciences in the College of Veterinary Medicine. “We found that females who were exposed early on to BPA spent less time nursing, so the pups likely did not receive the normal health benefits ascribed to nursing. Likewise, we found that developmental exposure of males and females resulted in them spending more time out of the nest and away from their pups, further suggesting that biparental care was reduced.”

BPA and other endocrine disrupting chemicals like ethinyl estradiol (EE) — found in birth control — concern scientists because they build up in the environment and mimic natural hormones produced by animals, including humans. Everyday exposure to these chemicals can impact offspring development and now have been found to alter adult behavior in test animals.

California mice have special significance for studying parental behavior. Unlike most lab mice, Californian mice pair up to mate and care for offspring. This monogamous behavior could give researchers insight into child rearing behavior found in most human societies and other biparental animals that would be impossible to measure in lab mice and rats.

MU graduate student and primary author Sarah Johnson worked with Rosenfeld to design the study to look at both sexes. Female and male mice were fed one of three diets — food supplemented with BPA or ethinyl estradiol or endocrine-free (control) food — two weeks before breeding. The mice were then randomly paired with the same mate for the entire study. The behavior of both sexes was then tracked for activities like time spent grooming pups, time spent in the nest and time mothers spent nursing.

But how do you measure the behavior of parents?

Rosenfeld’s team depended on hundreds of hours of video footage, taken at particular times of day and night for seven days, starting two days prior to birth. By using infrared cameras they tracked all 56 litters of mice, logging the number of and duration of activities mothers and fathers completed. During this time, the body weight and temperature of the F2 pups, who were not directly or fetally exposed to any chemicals, was logged to monitor their development.

While results showed reduced pup attention from BPA/EE exposed mother mice, the most intriguing result showed that unexposed moms mated with exposed fathers reduced the time they groomed and cared for offspring.

“These female mice have not been exposed here, but if you can see they are still reducing parental care when paired with the BPA/EE-exposed males,” Rosenfeld said. “And what’s even more interesting is that if a mother and father are both exposed, that parental care diminishes further, and becomes even more statistically significant.”

Researchers hope these results will spur others to look at long-term effects of endocrine disruptors on parenting behavior from generation to generation in animal models and, more importantly, in humans, to see if these chemicals can disrupt parental behavior of mothers and fathers, and if so, whether these effects can be transmitted to subsequent generations.

The study, “Disruption of Parenting Behaviors in California Mice, a Monogomous Rodent Species, by Endocrine Disrupting Chemicals,” was funded by the National Institutes of Health (Grant: 5R21ES023150-02) and was published in the journal PLoS One.