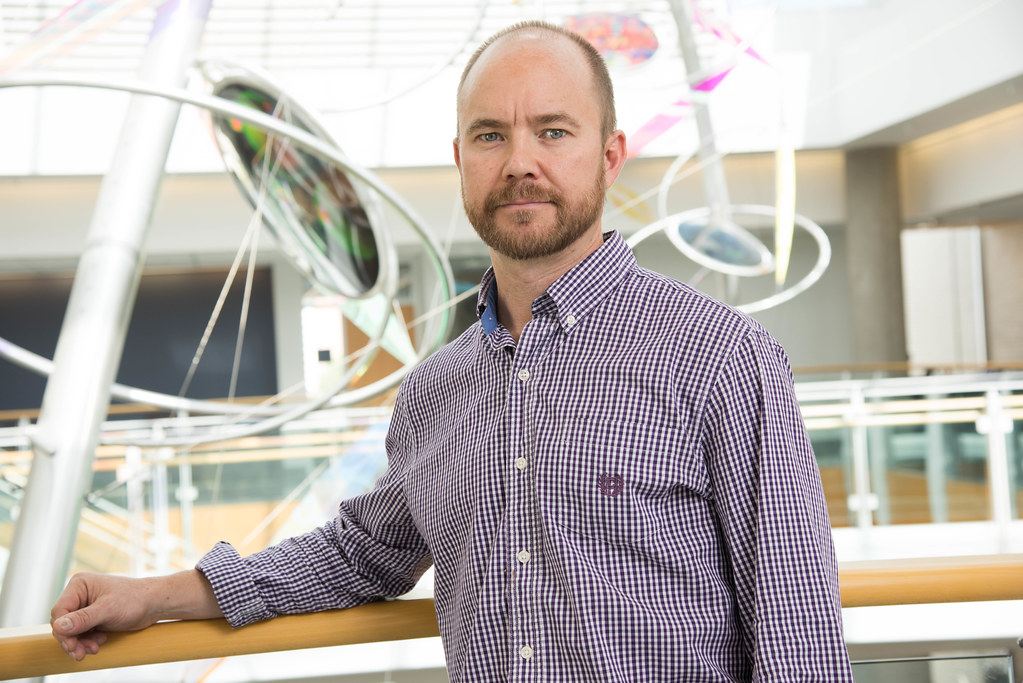 Marc Johnson’s research focus changed suddenly one day this February when he received a shipment. That package of synthesized SARS-COV2 spike genes — the virus that causes COVID-19 — has now taken him down a new path.

“It was unusual, nothing like this has ever happened to me before,” Johnson said, an MU professor of molecular microbiology and immunology and Bond LSC investigator. “I’ve never had to switch directions so abruptly before but, you know, we’re always taking on new projects and shifting, it just usually doesn’t happen as fast.”

Typically, Johnson can be found in his lab studying viral glycoproteins, proteins with sugar attached to them involved in structural functions of the cell wall, and spikes, the knobby proteins on the surface of a cell. His main focus is studying HIV and its interaction with its host. However, his lab got to work right away to apply what they know to find a way to block SARS-COV2, and ultimately, COVID-19.

To do this, they focused on what they know best: glycoproteins and spike.

SARS-COV2 shares both of these features, and, in fact, Johnson has done previous research on other coronaviruses. Glycoproteins and spike allow the virus to attach to other cells. He infects cells with a safe, stripped virus containing the SARS-COV2 Spike and uses trial and error to see what works and what does not.

Early on making the glycoprotein functional was a challenge. Sometimes, when a protein of one virus is taken and stuck on another virus, it does not work. That was the case with SARS-COV2. He decided to cut of the tail of spike to see what happens.

“Most of its [spike] on the outside of the virus. There’s still a little piece on the inside, and if you make the virus smaller they don’t have that inside piece and often work better,” Johnson said, “I couldn’t get anything to work until I made that truncation.”

Without much of the tail, Johnson started looking for ways to block the virus. He has used many methods to find an effective blocking technique.

“We’ve thrown various peptides on and we’ve tested various small molecules,” Johnson said. “We’ve also tried plasma from patients who have recovered to see if they’re producing neutralizing antibodies and, no surprise, they are.”

Antibodies are crucial because they are a sign that someone has an effective defense against the virus. At the very least, antibodies allow the body to keep future infections in check. Taking antibodies from one patient and placing them in another patient passively transfers resistance to a virus and, often, immunity. Researchers are conducting studies to see if this is an effective way of blocking COVID-19.

Having only worked on COVID-19 for three months, there is still a lot Johnson—and the world—does not know.

“80% of people are just like, ‘Yeah, whatever, I’m fine,’ and then others just fall off the deep end. But, we don’t know what’s different. We don’t know why some patients do so poorly and others just shake it off,” he said. “It’s different than anything I’ve ever worked with before. I wake up every morning and it seems like there’s a new discovery every day.”

Working on COVID-19 is much different than working on other viruses, such as HIV. Many scientists are now putting manuscripts of their research online before they are published in hopes of aiding others.

While Johnson is aware that the sooner a vaccine is developed, the better, he knows not to rush things.

“It’s not about having a vaccine, it is about making sure that it’s safe and effective,” Johnson said. “We’re acutely aware that there’s this backlash against vaccines even when they are safe. If you put out one vaccine that wasn’t safe, you would ruin it for all vaccines for generations.”

For now, the search to stop COVID-19 continues and Johnson hopes his work helps come up with a treatment soon.

“We haven’t found a magic bullet yet, but we’ve seen some inhibition with various compounds,” Johnson said, “So it’s a starting point.”