Influenza: How it Transmits from Birds to Pigs 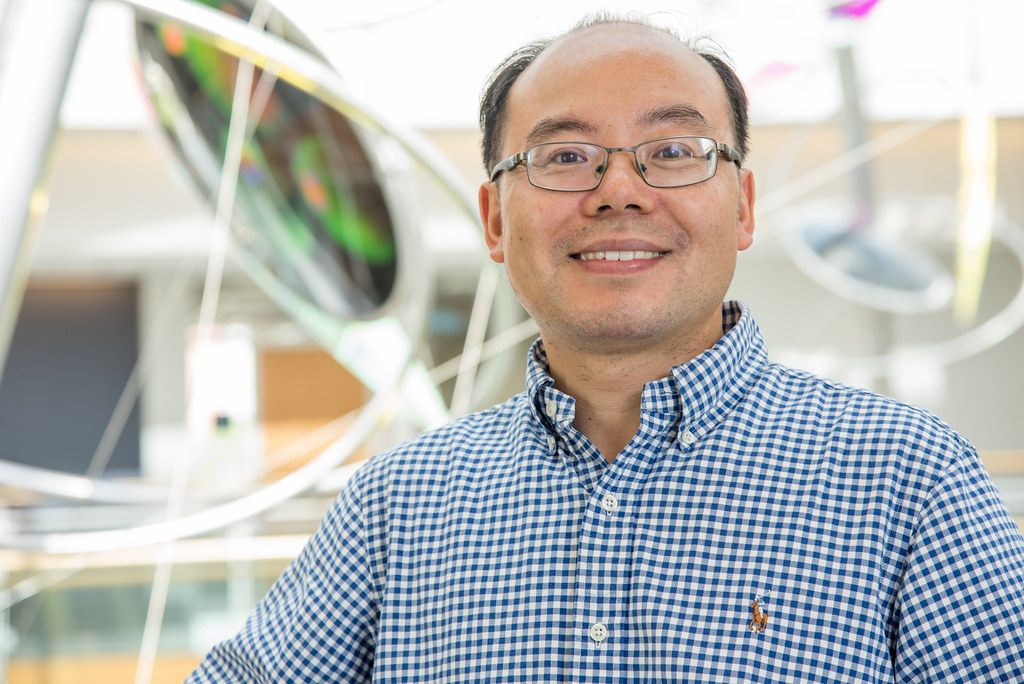 Geese will soon fill the skies as they migrate south in V-formation as the weather gets colder and the leaves start changing color. For a month or so, migrating birds take over, crossing roads, sitting in parks and stopping to eat leftover seeds in farm fields or swim in ponds as they travel south for the winter.

What people may not realize is that some of these birds are carrying something harmful, yet invisible to the naked eye. That something is influenza A viruses that can transmit from birds to pigs and then to humans.

Henry Wan, influenza researcher in Bond Life Sciences Center, and his collaborators recently identified which influenza A viruses pose a risk for the pigs and are studying how the viruses transmit from pig to pig.

“We hope to identify risk which is very important,” Wan said. “I feel good about the study because we believe this would be the foundation for people be able to do the risk assessment on how the bird flu can go to pig and go to humans.”

By identifying which influenza A viruses are a risk for pigs, it helps to determine which viruses can ultimately be a risk for the human population, a more typical concern for the researcher’s usual work to improve influenza vaccines.

“It’s difficult to make a universal vaccine,” Wan said. “If I know which viruses are a risk then I can tell which ones to protect against.”

Influenza A can have a massive impact on people — causing outbreaks like the 1918 influenza pandemic — and more rapidly mutating genetically and antigenically, compared to other viruses. Understanding how it spreads is crucial in pandemic preparedness and creating vaccines.

Pigs, typically by direct contact or breathing in droplets in the air, contract an influenza A virus in the environment contaminated by birds migrating through the area. Some viruses go to the lungs, which means it cannot escape the pig and cannot be transmitted. Other viruses however, go to the upper respiratory tract of the pig where it can shed and transmit to other pigs, quickly infecting other pigs. How this happens on a molecular level is more of a mystery.

“Many viruses in nature are not likely to go to humans, only a small portion can. How you detect them is key,” Wan said.

Through analyzing characteristics, Wan found that cells and tissues that support influenza A viruses affect their transmission from birds to pigs. This phenotype — a set of characteristics resulting from the interaction of being with their environment — was determined by markers across the structures of genomes. For example, those in an RNA complex.

To do this, Wan collaborated with researchers from the National Wildlife Research Center and the National Veterinary Services Laboratory at the United States Department of Agriculture,  Mississippi State, The Ohio State University, and The United States Department of Agriculture, among other labs. Wan’s lab initiated this study which led to collaborations across labs.

Wan also found only a small portion of the virus can grow and adapt to different pigs and then transmit to other pigs. He then mapped the distribution of these risky viruses across multiple wild bird species.

Now that Wan and his team know how influenza A virus is transmitted into the pig, they are working on the next step, predicting a pig has a risky virus using artificial intelligence (AI).

“I think we have reached one stone and are ready to move to the next one,” Wan said, “Of course, everybody’s pretty excited.”

He plans on furthering his research of pandemic preparedness by looking at if the virus adapts to the pig and gains a receptor or an additional feature in order for it to easily transmit from pig to pig.

“That’s how this virus goes to endemic or even pandemic.”

Read more about this study in the September edition of the Journal of Virology titled, “Tissue tropisms of avian influenza A viruses affect their spillovers from wild birds to pigs.”