Seed size matters: searching for a gene to make a bigger soybean 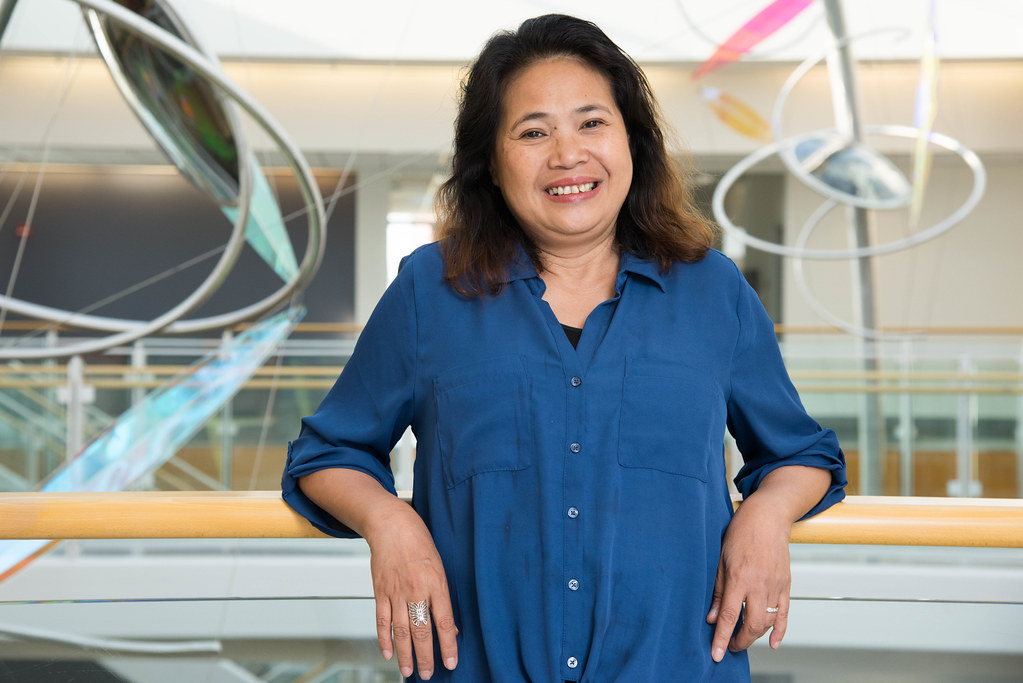 Patience is a virtue, at least it is for Bing Stacey.

Stacey recently completed a project that took her a total of eight years. It took her five years to develop a fast neutron mutant population and it took an additional three years to screen the population to identify a mutant that showed increase soybean seed size and then identifying the causative gene.

This gene, GmKIX8-1, and the seed size QTL, qSW17-1, can potentially be exploited for increasing yield in soybeans. Being able to alter these to increase seed size is important to improve the economic traits of soybeans such as yield and seed quality.

“The most important thing for farmers is the yield,” said Stacey, assistant professor of plant sciences at Bond Life Sciences Center. “For farmers, they plant soybeans, and the value or the profit they get is based on yield.”

There are two components of yield: seed size and seed quality. Stacey went to work finding what genes contribute to these components.

Mutants are very important for gene study because they have a new DNA sequence for genes. While it sounds like a sci-fi term, mutants are just plants manipulated using chemicals, radiations, or genetic modifications to change their characteristic traits in comparison to the norm. And the DNA changes to the GmKIX8-1 gene Stacey found is exactly the mutation she was looking for.

When she began this research, there were not many mutants for soybeans regarding seed size, so she had to develop her own mutant population using fast neutron irradiation.

“So, we have the mutant, and then we utilized a fast and cost-effective way to genotype for changes in the DNA sequence of the mutant that is associated with the increased seed size. The genotyping method is called Comparative Genome Hybridization (CGH) which can be completed within one week and specifically detects missing DNA sequences in the mutant genome,” Stacey said.

Next, Stacey used CRISPR/Cas9 mutagenesis, which is a very powerful way to cut out specific DNA sequences in targeted genes in an organism. Before CRISPR, plant scientists could only create random mutations in plants. For example, using processes involving mutagenic chemicals and radiations, which meant one had to look at a very large number of mutants to screen for induced changes in the DNA sequence of specific genes.

Using fast neutron mutagenesis which creates deletions in bases, combined with CRISPR/Cas9, Stacey was able to characterize the role of the GmKIX8-1 gene in controlling seed size in soybeans.

“In a way, we got lucky because there is a QTL overlapping GmKIX8-1,” Stacey said. “And once you know the genetics behind a trait, then it is possible to define a possible mechanism of how the gene works, for example, how it makes soybean plants produce bigger seeds.” GmKIX8-1 controls the ability of cells to multiply. It also increases the size of the organs and the seeds of soybeans, which is exactly what Stacey was looking for.

“This gene dosage effect on seed size and the identification of GmKIX8-1 as the causative gene behind a major seed size QTL are the novel aspects of this work,” Stacey said.

These novel aspects have been rewarding for Stacey.

“I’m quite happy, and it’s more fulfilling discovering something novel, something that hasn’t been reported before in other plants, instead of confirming what has been already reported,” Stacey said, “For example, based on what is already well-known in maize, or in rice, or in Arabidopsis, I can ask the question, ‘Does this gene also work in soybean?’ Answering this question is still worthwhile to me because maybe the gene will not work at all, or maybe it works in a different way, and that would also be novel, but to discover new genes or new explanations on how a gene works is more fulfilling.”

For more information on Bing Stacey’s work, check out the September 2020 edition of the New Phytologist Foundation article, “GmKIX8‐1 regulates organ size in soybean and is the causative gene for the major seed weight QTL qSw17‐1”