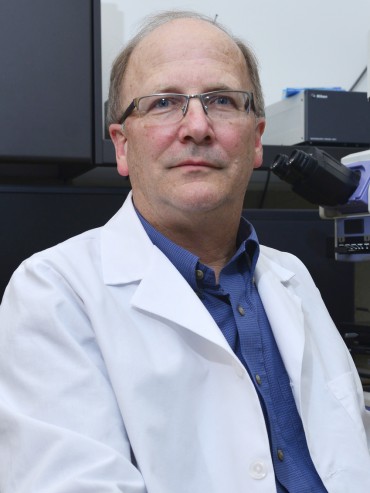 A medical bacteriologist, Stewart studies various bacteria that cause disease, focusing on anthrax, a killer of both humans and livestock. Spores of these deadly bacteria have a tough, nearly indestructible coating, which allows them to lay for years, waiting for victims. Stewart’s research has uncovered anthrax bacteria’s method of building its tough exterior shell. He is also collaborating on a project to utilize spores as microparticles containing enzymes that can break down the herbicide atrazine, which pollutes soil and groundwater. In another project, Stewart is studying the genome of “Staph pseudintermedius,” a microbe that causes skin infections in dogs.